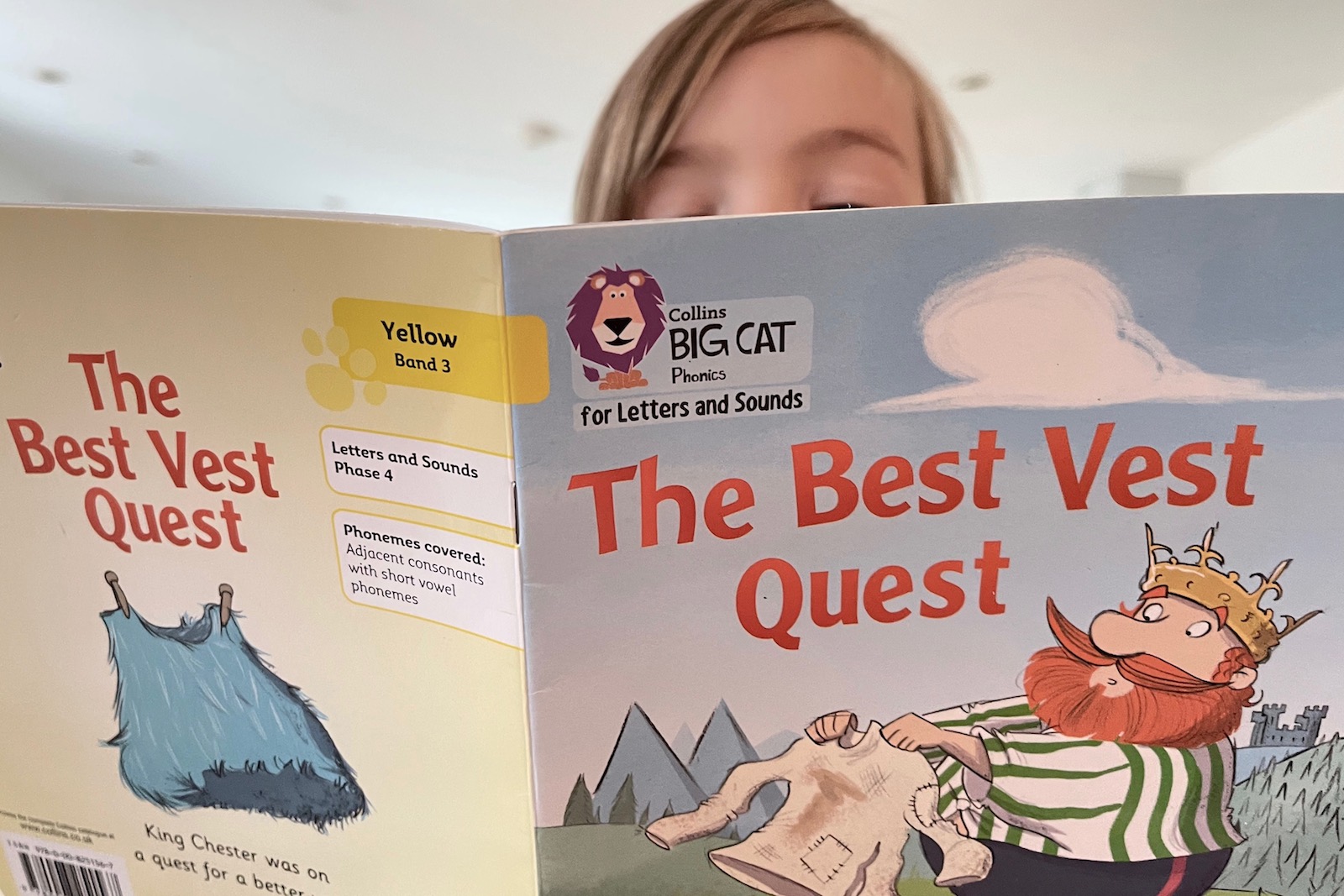 The just-six-year-old can now read, really quite well, which means I have had to hide all of the novelty mugs with swear words on them and also stop leaving dirty messages to Mr AMR on the fridge door. (Who knew magnetic letters could be so much fun?)

In all seriousness though, I can’t tell you how much joy I get from listening to my daughter read through her school books, even the one about owls. I feel the same excitement for her as I did for myself when I was learning to drive: suddenly a whole new world of experience is opened up. When you can read there’s no limit to where you can go – different times, different countries, different planets. You can meet fascinating people, you can sail on a pirate ship, you can flounce about a tudor court in an uncomfortable dress. I’m quite passionate about reading and how good it is for brains – we all love to be spoon-fed a bit of crap telly, but there’s nothing like getting to work on a good book and plunging yourself completely into a new existence. Great for getting yourself to sleep at night, too, FYI.

This sudden improvement in reading has, and I’m sure this is not a coincidence, come at the same time as a huge “screen ban” in our house. Now before everyone goes crazy and says that screen time (as in TVs, iPads, apps, educational games) is fine and you shouldn’t shame it and how would anyone get anything done without screens and yes our parents didn’t have screens and they managed ok but that was a different era and things aren’t the same now and so on and so forth: I am not shaming it. I am the biggest advocate of a bit of Great Uncle iPad and his unrivalled babysitting prowess and I also love the afternoon movie “treat” that allows me to have a nap, albeit in the world’s most uncomfortable position, while the strains of Can You Feel The Love Tonight filter into my troubled dreams.

I have no problem with screens. God love CBeebies and all that they have saved me from. Rejoice, rejoice in the Toca Life apps and Minecraft games with their buildable worlds. All hail the painting programs that stop my four year-old from falling asleep on long car journeys (if he sleeps for even ten seconds in the day he WILL NOT go to sleep that night). Praise be Netflix with its endless rota of cartoon shite that both kids love and that might buy us an extra 40 minutes of sleep on a weekend morning.

You can see I’m a fan. What I’m not a fan of, however, was how much I was starting to rely on them and what was happening when the screens got turned off. Total meltdowns! On both sides of the parent/child barrier! We were having CBeebies at breakfast (allows enough time to make the packed lunch and find school uniform), CBeebies after school (while dinner was cooked), games on the iPhone when they were bored of the CBeebies, games on the iPad because if one of them had games then the other one needed them too…

And I was always a bit scared of what might happen if I took it all away. How the hell would we get anything done? How would we cook? How would we take an important phone call? How would we even go to the toilet if they weren’t tethered to a screen? (I’m exaggerating for effect, obviously, they weren’t on them constantly, but sometimes it felt like it.)

Well I can tell you what they do when you take all of the screens away: they play. Not for the first couple of days, the withdrawal phase, which is when they will come at you like angry Zombies, brandishing metal poles and threatening to kill you if you don’t give up the goods, but after that. A month in and they’ve stopped even asking for CBeebies. We haven’t had TV or a film on for the whole time and only a couple of games at the weekend when we had to go to Dorset to check something on the building site.

I can tell you it’s a revelation. They just play. And not really together, if I’m honest, so if you have one child and wonder whether this would ever work, I’d give it a go. They go off and just…do things. Potter. Ask constantly for things – like bits of string, glue, pens, card, boxes of an exact and unusual size, snail shells, water softening tablets – and occasionally have huge fights, but it’s actually less maintenance than when they’re watching the TV or iPad because they were constantly arguing over what to watch.

Note that they are four and five, my kids – they’re of the age where they don’t tend to get themselves into too much trouble. I’m not sure I could have done this a year ago because we needed constant eyes on my son who could unlock a Swiss bank safe in about thirty seconds flat and has a penchant for playing with bath taps. But now things are a bit easier I feel as though this “no screens” idea might be the way to go. It has been a lot more pleasant around here, I’m sure of it. I’m positive that the backchat I was getting from my daughter had been picked up from some of the things she’d been watching on Netflix, like Barbie Dreamland or whatever it was called.

And my son, with his love of Power Rangers and Mini Force and all of that robotic stuff, well. It all felt slightly violent, really. In comparison to CBeebies, anyway. Mind you anything seems X-rated compared to CBeebies. If you had only ever watched the innocent world of CBeebies, with its talking rabbit Bing and its Chuggington world and its Waffle Doggy, then an episode of Barbie Dreamhouse would be like watching the pool scene in Showgirls. You’ve only ever set eyes on Andy’s Dinosaur Adventures? Well take this, motherf*cka, your first glimpse of Mini Force would be the equivalent of accidentally seeing Scarface for the first time. (Age eleven.)

Say hello to my little friend.

So yeah, let’s see how long this digi-hiatus lasts. The best thing about it (probably) is that because the kids aren’t glued to a screen, it seems wrong for the adults to be glued to a screen, which means we’ve stopped scrolling the news apps or mindlessly delving into Instagram. I now have set times, usually when I’m on the toilet (you asked) and life feels better for it.

And there endeth my life update. I feel as though it’s been uncharacteristically positive but can’t imagine that’ll last. I love moaning too much!

You may also enjoy: