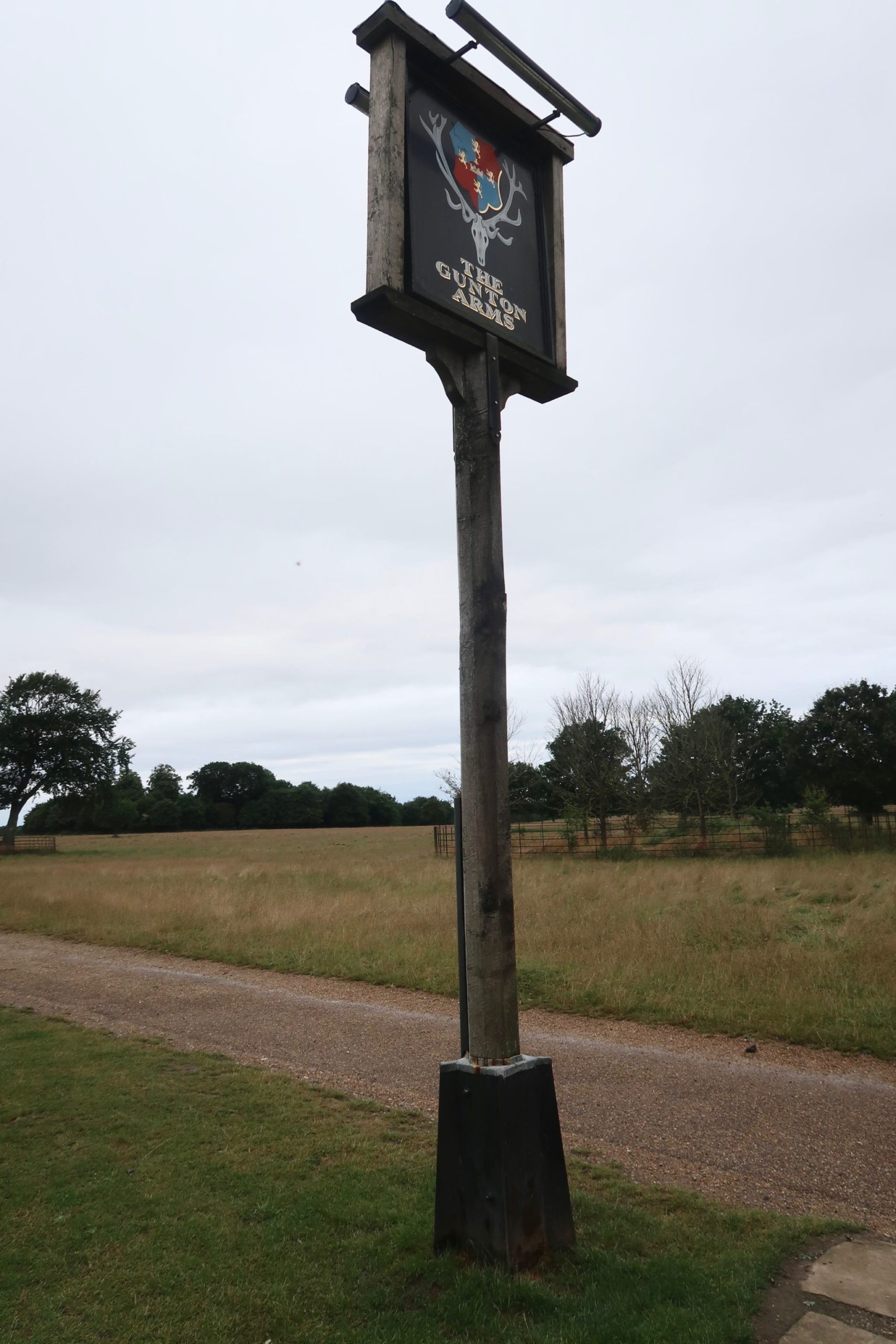 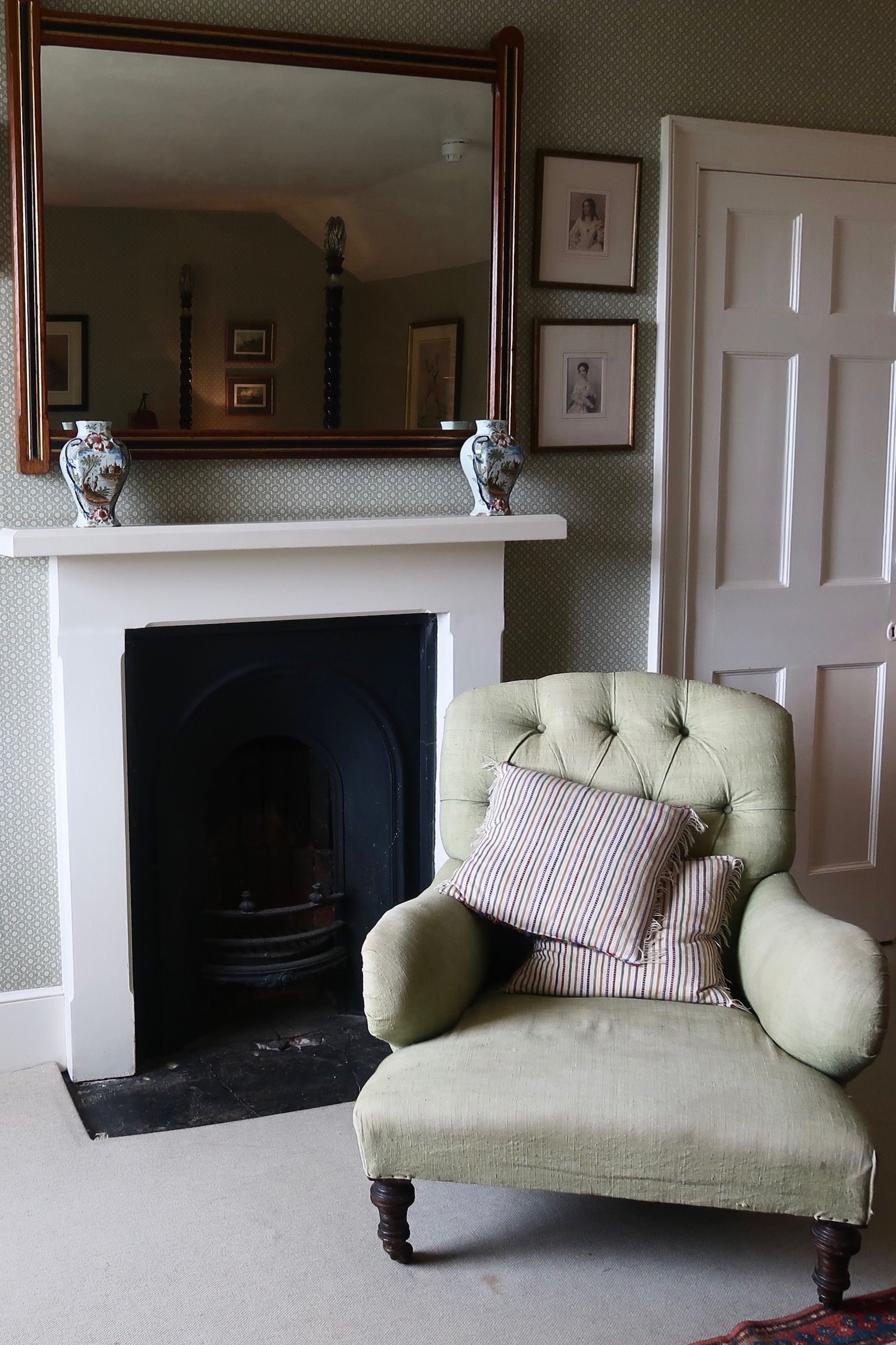 This place is undersold, in my opinion, because they call it a “pub with bedrooms” and although the description is factually accurate, it’s sort of like calling The Shard an office block, or saying that the Sahara is a bit dusty. With The Gunton’s exquisite food menu, the dramatic open cooking fire that dominates the dining room and the sort of stylish, roughed-up country house luxe bedrooms that you’d expect from a pricey boutique hotel, it’s so much more than the vision that “pub with rooms” conjures up. 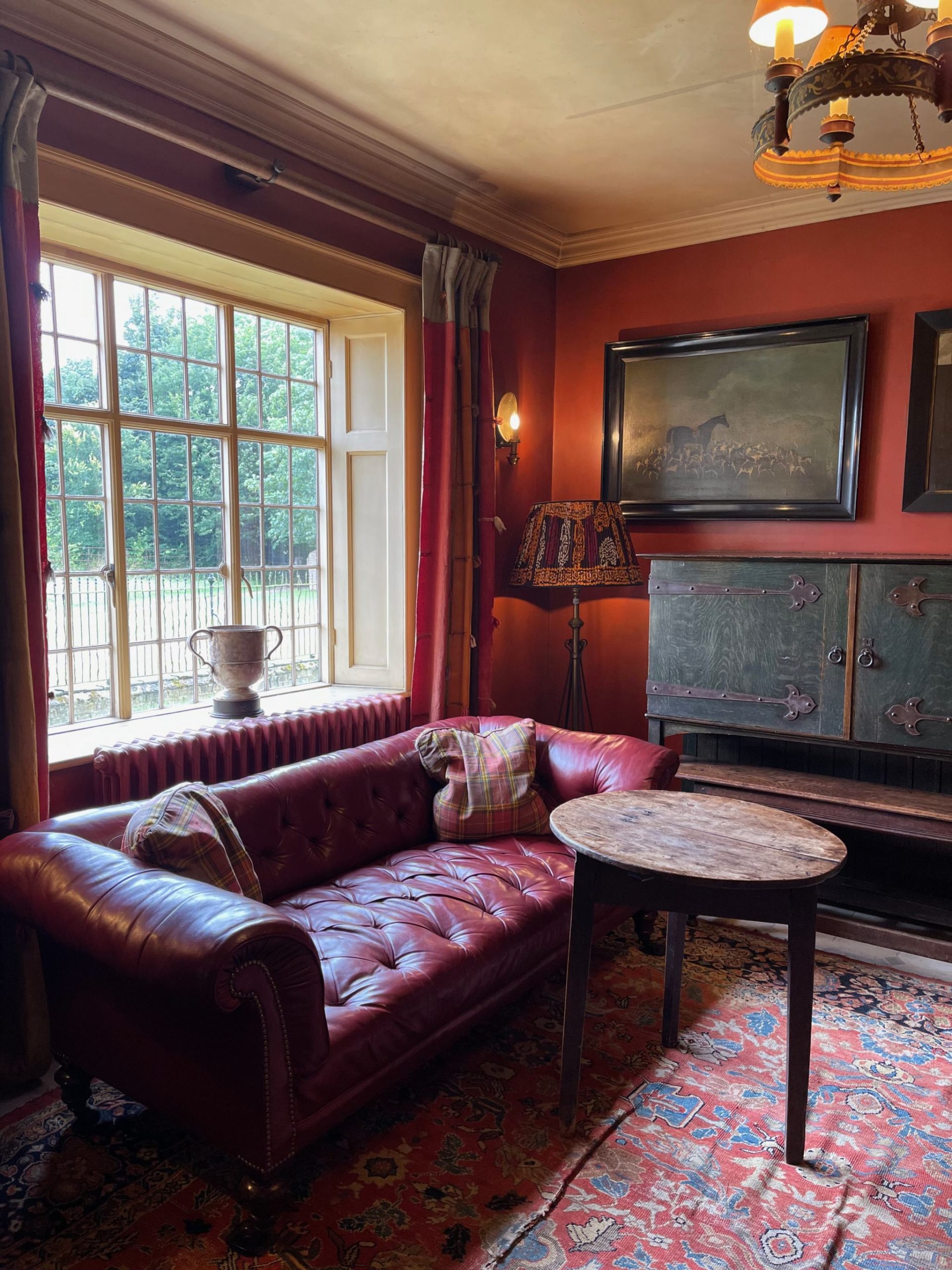 I’ve been trying to find the right words to describe it and keep coming back to the same two: comfortable and alive. A strange duo of words to pick, maybe, but that’s how the whole place felt to me. On the one hand it was comfortable, like a big old armchair that you could flop down into, all the edges softened by years of happy use, but on the other it just seemed so buzzing and alive. Perhaps it was because we arrived so late on a Friday evening and the pub and dining rooms were in full noisy swing, but I think it’s also the way that the decor and furnishings are so richly layered – valuable modern works of art on the walls, prints and patterns on the upholstery, worn rugs set over wooden floors… 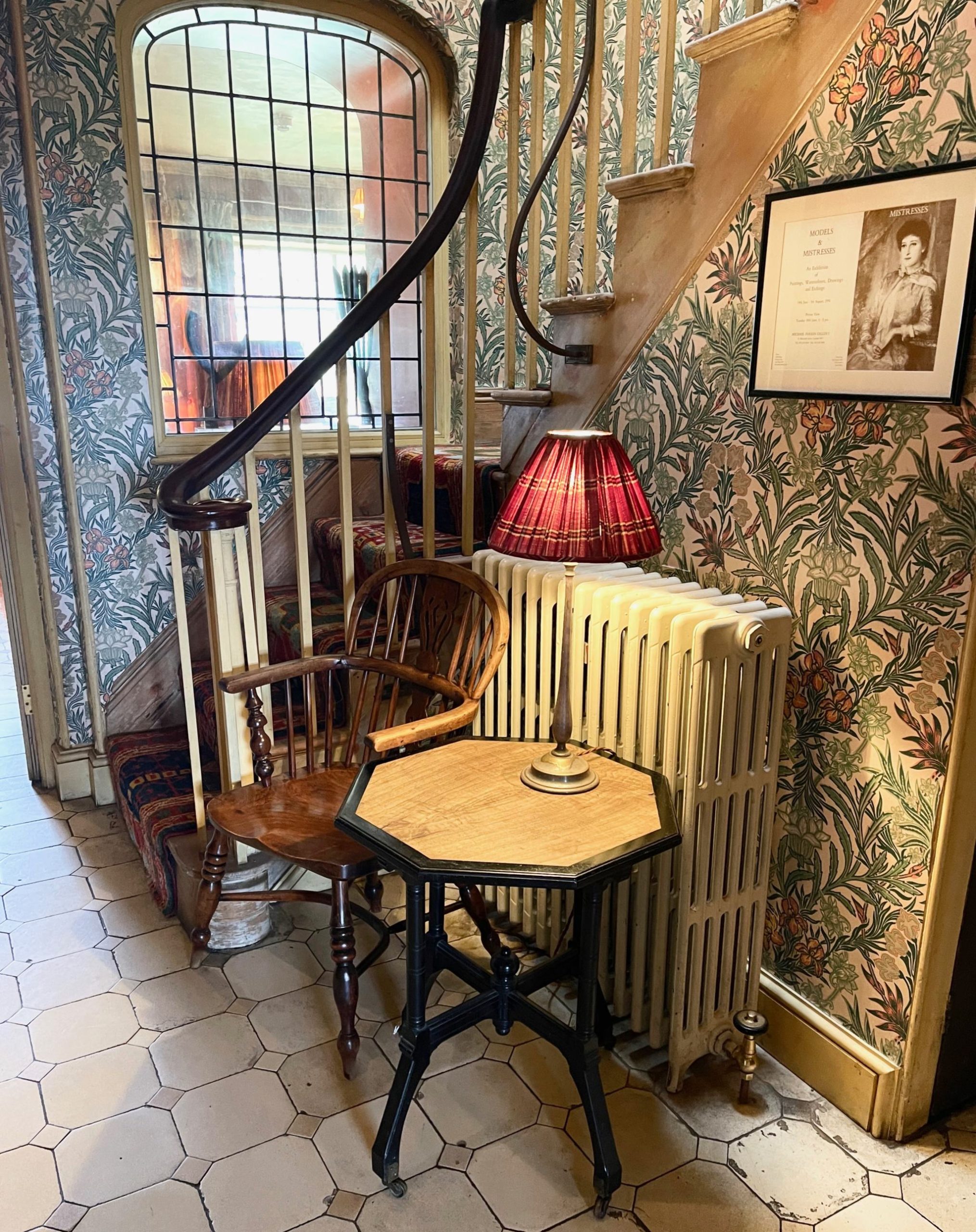 Perhaps vibrant is a better word than alive, but you get the gist of what I’m trying to say. There was nothing soulless or boring about this place – every inch of it felt as though it had seen years and years of fun, as though there had been one long and unending (very relaxed) country house party. And that feeling continued in our room, which was sumptuously furnished and had views of the surrounding parkland but also had the hum of the dining room coming up through the floor. Which would usually drive me mad – good soundproofing is almost my number one requirement when I’m paying for accommodation – but somehow felt charming here. Comforting, even. Being in this jolly, very tasteful hive of drinking and eating activity when the night was dark and drizzly outside felt warm and satisfying and I was tempted more than once to go downstairs for a nightcap. But having never actually done this before in my life I wasn’t sure whether it was a thing that just happened in story books and so I stayed in bed and read Country Living. 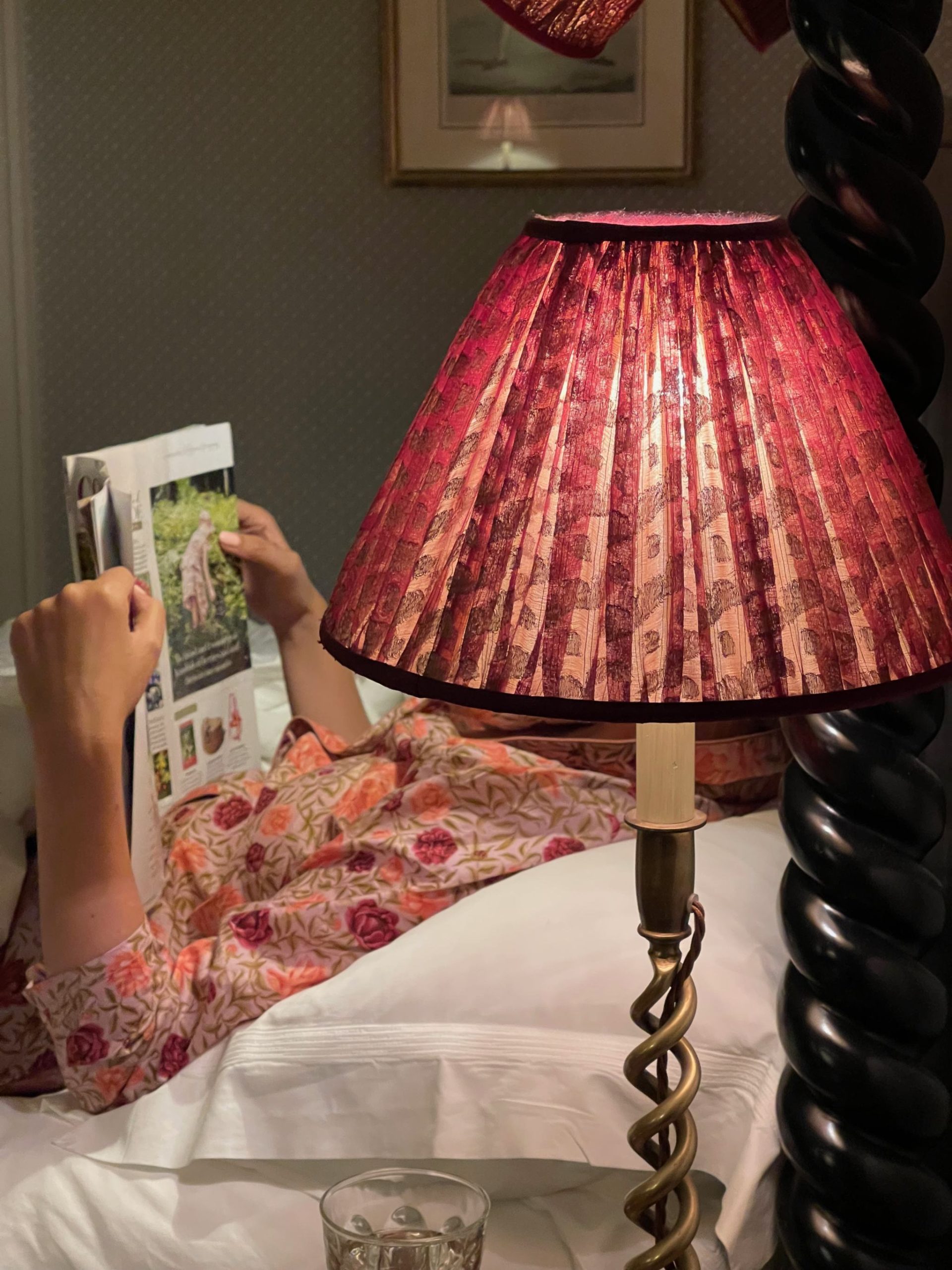 The drinking and eating activity is a must, by the way. The restaurant is headed up by Stuart Tattersall (formerly at Hix) and the dining room is dominated by an enormous open fire over which the steaks and chops and sausages are cooked. I went for the Cromer crab pasta and polished off the entire thing which is unusual for me because crab pasta (it’s always with chilli, garlic and parsely, isn’t it? The classic combo!) is one of those dishes that I always think I fancy and then get bored of half way through. I cleaned the plate and still hadenthusiasm for a delicious milk pudding. 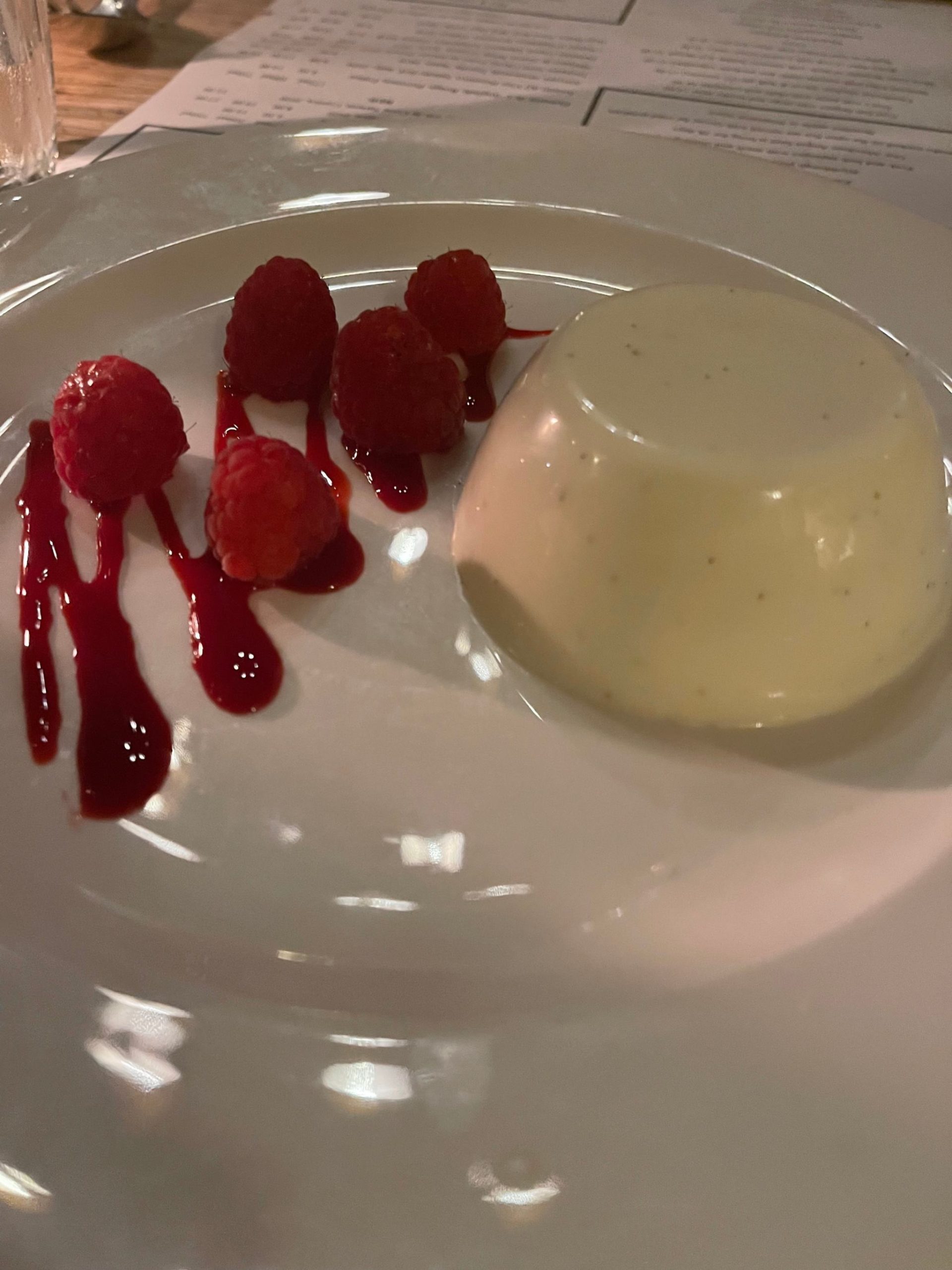 But my starter was the standout dish: mixed beetroots with pickled walnuts and Binham blue cheese. My eyes rolled to the back of my head I was so delirious with pleasure. It was so simply executed but each ingredient on the plate (beetroot, walnuts, cheese) could have been a spokesmodel for its variant, a show-winning example of quality. The beetroot was the sweetest-yet-earthiest I’d tasted, the Binham blue was sharp but creamy and the pickled walnuts – the pickled walnuts! Dear God, squashed onto the fork with a slither of beetroot and a tiny crumble of cheese, they were a taste sensation. Almost too much. I had to order another glass of red to calm myself. 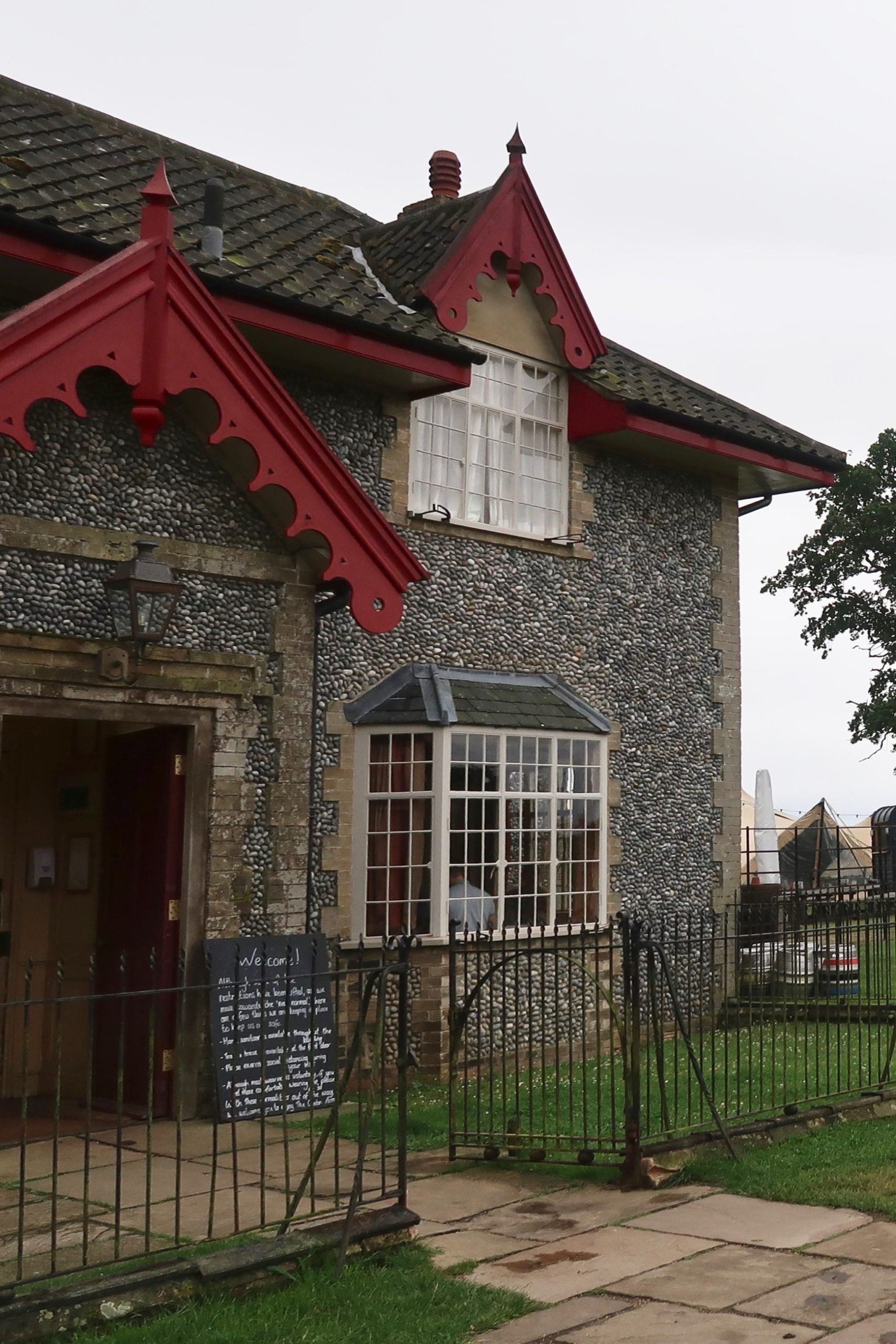 Anyway, you can tell by now that I really rate The Gunton Arms. When we arrived to a neon reception sign glowing out through the dark and the drizzle I knew we’d bagged a good one – the pub itself was nowhere to be seen (you can’t drive up to it, also part of its charm) and it felt exciting and slightly spooky, like we’d arrived at a hipster version of the Bates Motel. Similarities with the Bates Motel ended there, obviously, although I did think that a woman was being slowly murdered on our second night. Turned out she was just having sex. I assume, anyway, from the way it all came to a head. 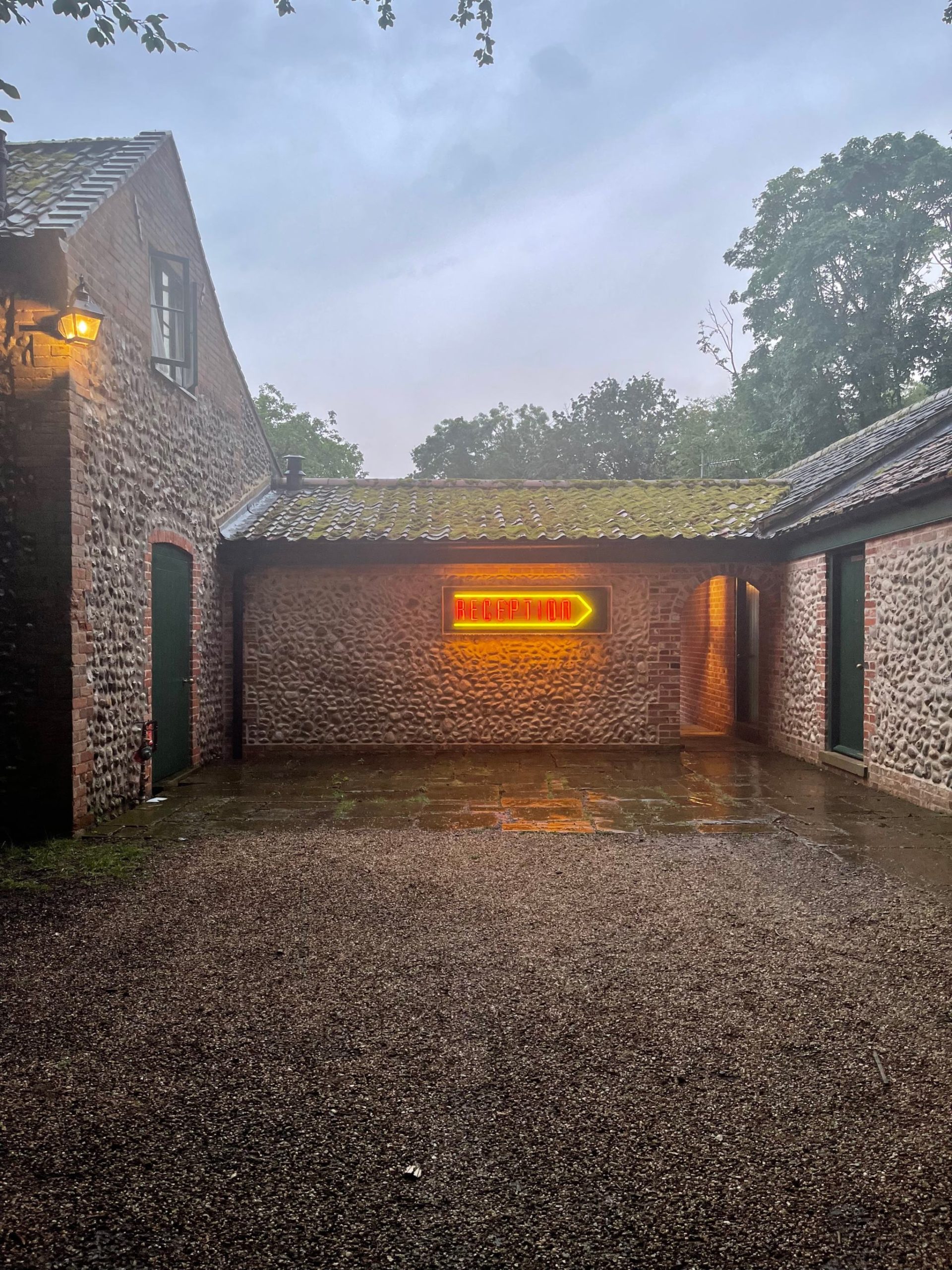 We paid £185 per night for a superior room. On our way out on the second morning I did that nosy thing that we all do (please tell me you do this) and poked my head into the open rooms that had already been departed from. Just to check out the competition. One of them, which I think must have been a small double, was quite literally a bed in a room because there was no space for anything else, the other was a standard, by the looks of it. Plenty big enough for a little night away, but I think it’s probably worth going for the superior if you can stretch to it! The bathroom was large and had a lovely slipper bath. 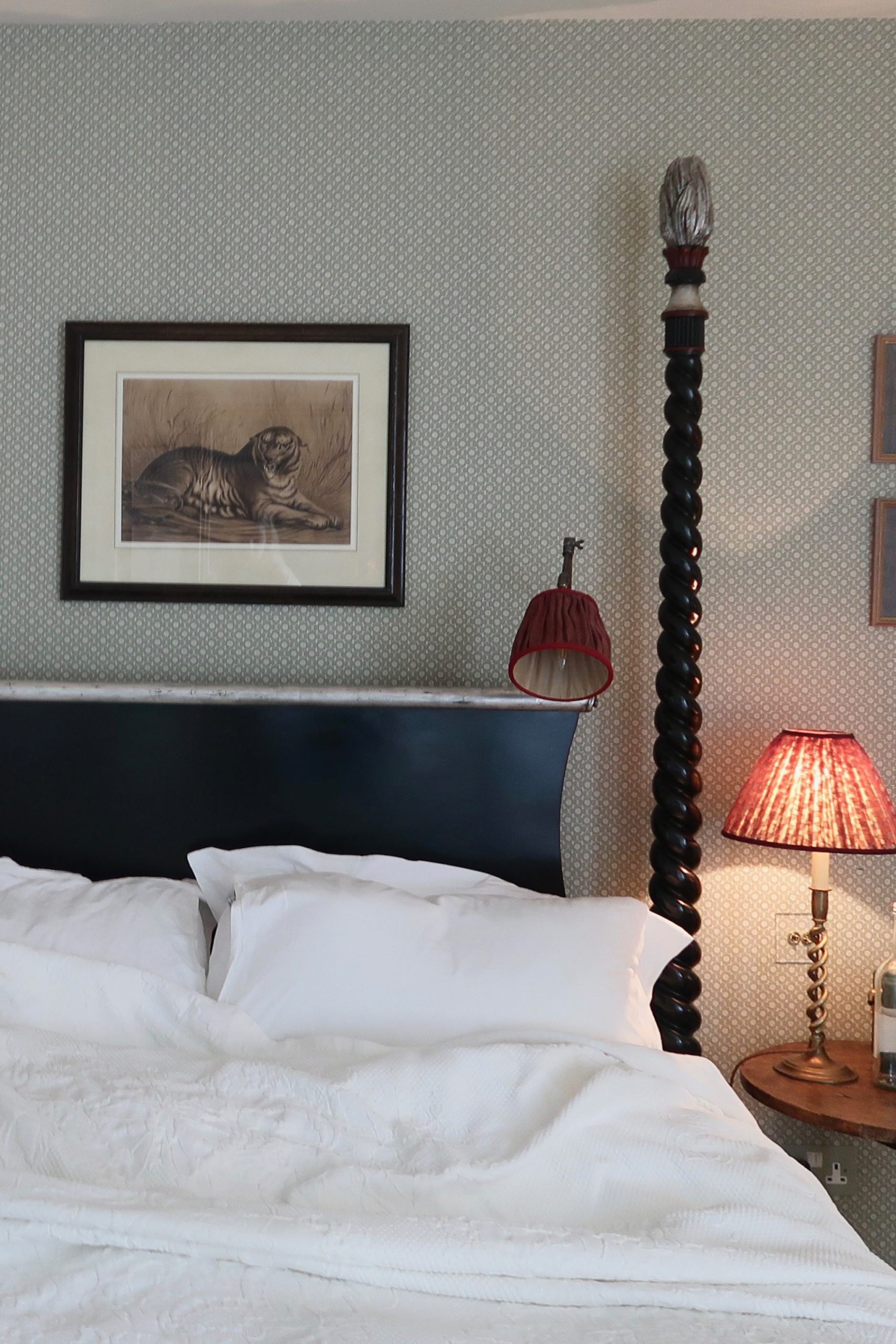 You can find the website for The Gunton Arms here – make sure you also book your dinner table in advance as it gets very busy, apparently.

Fancy the idea of a weekend romping about the countryside but want a little more luxury? I can highly recommend Hotel Endsleigh in Devon, reviewed in full here. 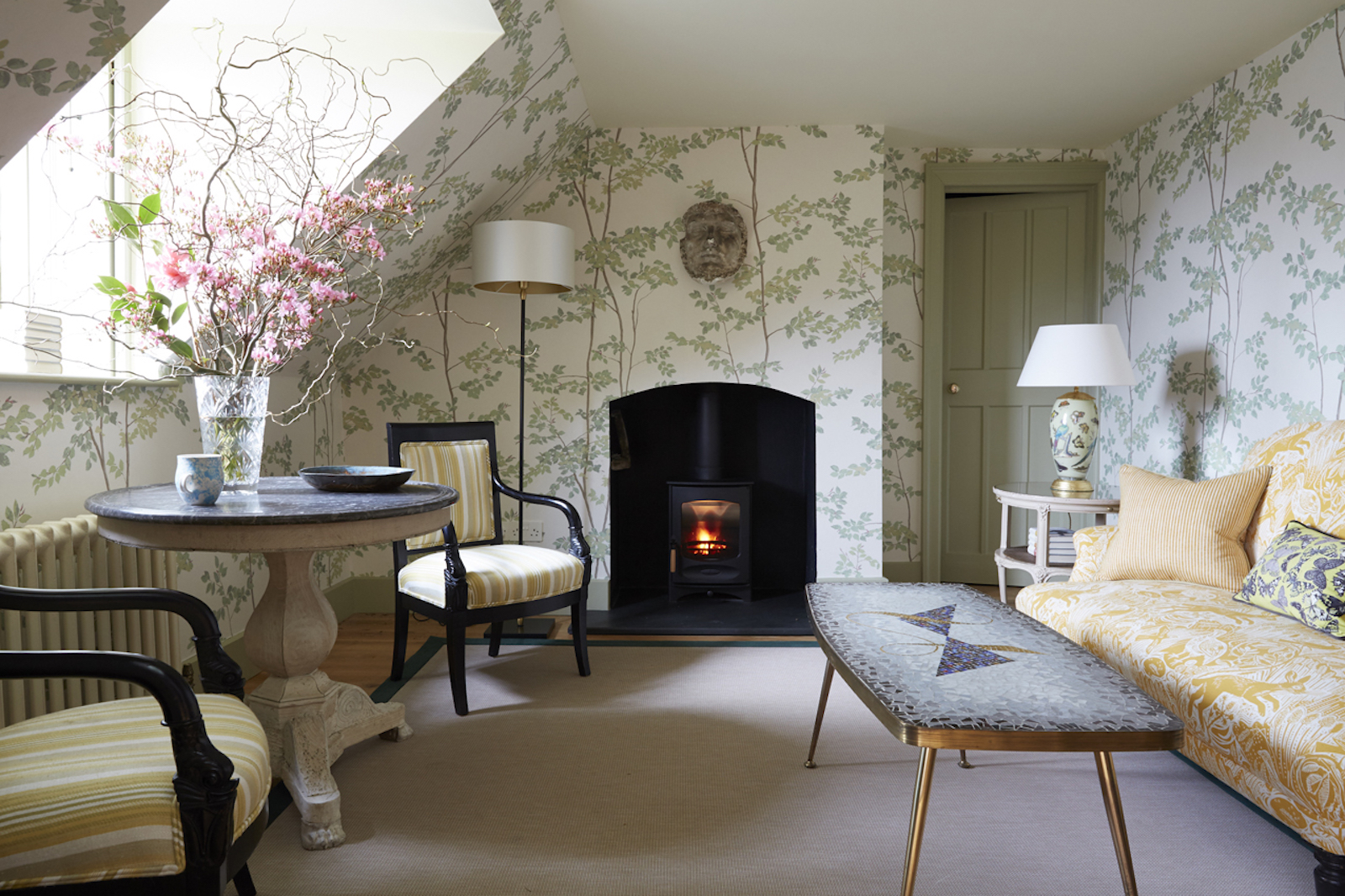 Again, it has that lived-in, relaxed sort of quality but this is altogether a grander affair in a larger country house and huge, landscaped grounds that include an arboretum. The food is brilliant and feels slightly more of a posh event than at The Gunton, in that you might want to get a bit more dressed up, though you absolutely don’t have to. 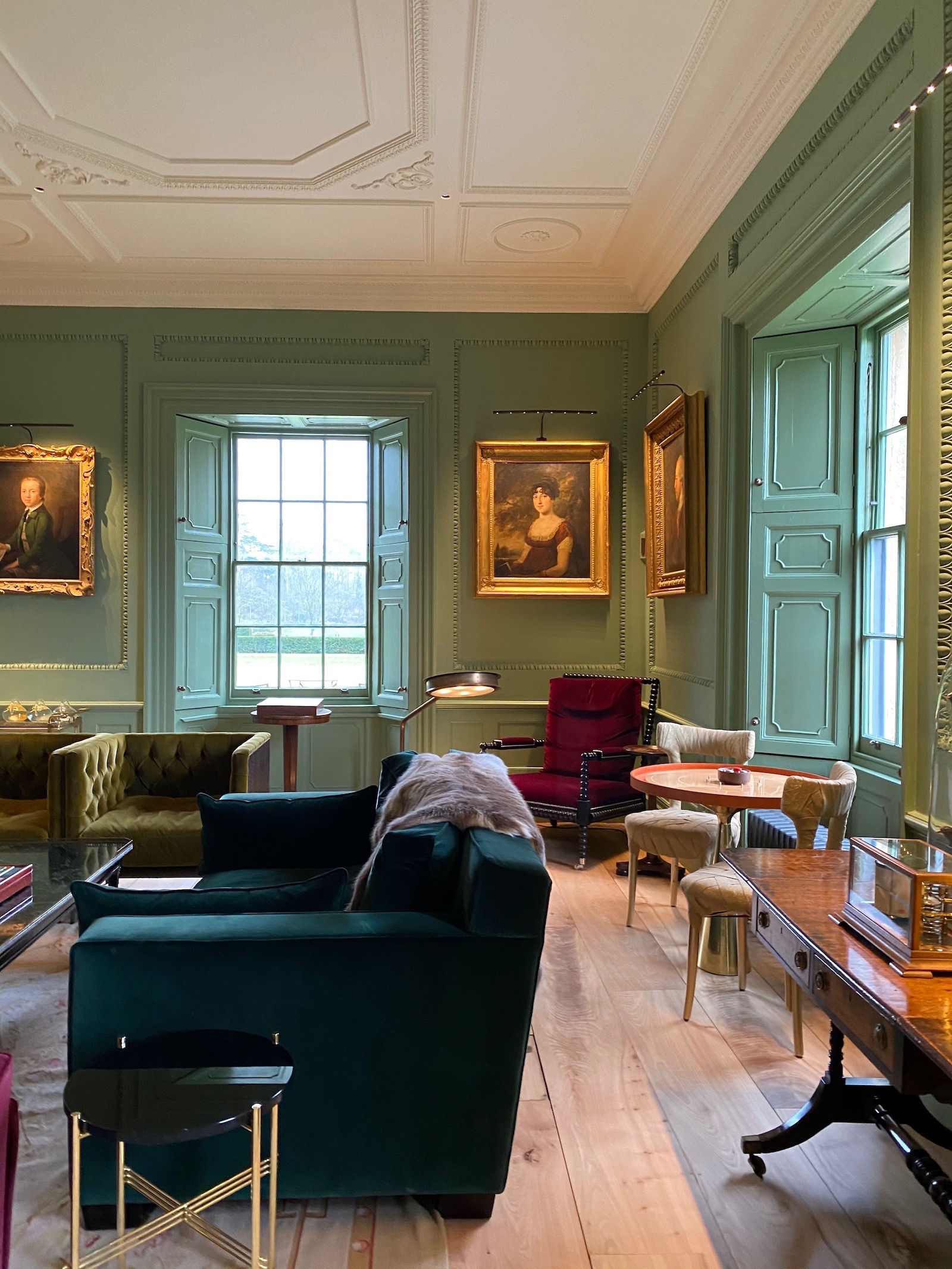 The pinnacle of countryside escaping, though, has to be The Newt in Somerset. Vast amounts of effort and money have been poured into making this a complete countryside destination with a number of places to eat, grounds so big and wonderful that people pay just to visit them and possibly the best spa I’ve ever been to. You can read all about The Newt here and their website is here.